Penile enlargement is not just a matter of putting on a high quality device like the Quick Extender Pro and then waiting until those few extra inches are put on. There are a lot of mistakes that can be made, and it’s essential that they are avoided. The best way to avoid making any mistakes is to know about them to begin with. Even when things start to go wrong people don’t know what the root-cause of the problem is. Here are just some of the common penile enlargement mistakes that users tend to make.

When judging exactly how big somebody’s penis is or the goals of using a penis extender the thing that has no impact whatsoever is the size of the flaccid penis. Countless studies have proven that somebody can have an incredibly small flaccid penis whilst also having a giant penis when it’s erect. In fact, what these studies have often shown is that penises are different depending on the person.

Some people can have very short flaccid penises whilst having huge penises when they get an erection. Other people have quite long flaccid penises and shorter erect penises. It depends entirely on the individual. What also has to be remembered is that a penis is only ever measured when it’s erect. Anything else is irrelevant.

Practically, a flaccid penis will never enter into the equation. When it’s whipped out to be used it’s going to be erect. No such thing as a flaccid penis exists in the bedroom when having sex. Don’t take it into account and ignore it completely as it can be deceptive. 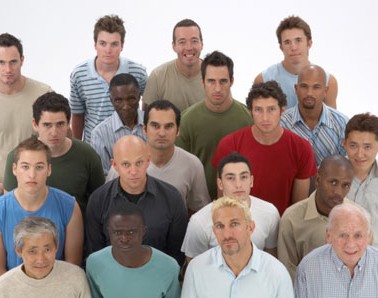 If a penile enlargement device has been bought because a friend said that they used it and they saw results in only a few weeks then their friends are also going to be expecting those same results. This is one of the biggest mistakes that can be made as this just isn’t the case.

It can’t be stressed enough how different each person’s body is. Bodies differ wildly, so for some people it’s going to be done in a shorter amount of time and for other people it could take a long time. The point is that it will take as long as it needs to be. These products have worked countless times and people usually get the results that they desire.

Look at the situation as a unique situation. Avoid comparing the results to other people. When it comes to results, the same thing should apply. Some men will gain three inches in length and other men will gain four inches in length. Immediately, the person who got three inches is going to be unhappy as they were expecting as much as the other individual. But the person who gained four inches could have had a smaller penis to start with.

Each situation is unique and each body is unique. Abstain from comparing with others at all costs. 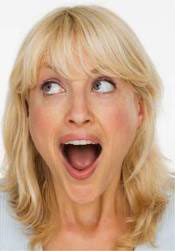 At some point the penile enlargement tool isn’t going to be needed any longer. When the desired size has been reached it could be tempting to continue on to get an increased size. An obsession with getting a bigger penis could lead to irreversible consequences, however.

The girth and the length of the penis are increased together as the process starts. Sooner or later, the girth increase is going to stop. The length of the penis is easier to stretch with the device than the width. Using the device for too long can lead to an irregular penis as the length is far larger than the girth. It can lead to serious problems in the bedroom as it can be hard to have sex and it could actually lead to less pleasure for a partner. Furthermore, a woman’s vagina can only accommodate so much. Size is only more pleasurable to a certain extent.

Solving this issue is just a matter of defining proper goals from the very beginning. Once the endpoint has been reached then the process should be stopped immediately. The problem that many people experience with this is that they don’t know when to stop. All they say is that they want a bigger penis.

When looking to see if any results have been obtained, in terms of penis size, there can be a lot of frustration. If no results are seen then the user may think that their penile enlargement device hasn’t worked. High quality devices, such as the Quick Extender Pro, do work and have been shown to work through many scientific studies. There could be a difference in size, but the problem is that the user can’t see it.

The size of a penis is deceptive when looked at from a human’s view since the individual is looking down at it. Look from the same level and it’s clear to see that it’s bigger than it looks. When it comes down to penises with a slight curvature the problem is compounded. A penis extender doesn’t account for this, so rest easy because the chances are there are some hidden results.