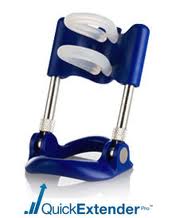 Men have searched for ways to change the look or shape of their penis since recorded history. Hieroglyphics from ancient Egypt depict various exercises men used to elongate their penis and herbal remedies date back to ancient China. Today, men have more options than ever before and male enhancement companies work with various researchers to develop newer and more modern methods to achieve the size they want. With everything that’s on offer, are men better off going for modern devices, or are the real results in the methods of previous generations?

Natural options for penis enlargement can be traced back to ancient times. Men in ancient Egypt, for example, were known to tie bits of string to the shaft of the penis and then weigh it down with small pebbles or rocks. Although modern men don’t use this method any longer, some men have adopted the exercise of Jelqing, which originated among Arabian men and is still in use today. Jelqing involves stroking and tugging at the penis in a way which mimics the effects of the Egyptian method of rocks and string. Essentially, the two methods work under the same principle and, for many men, these methods remain the best, most effective and all natural ways to lengthen the penis.

Of course, size isn’t always about length and many men want a wider girth as opposed to length. In these cases, man men choose to use special rings or, more commonly, patches or herbal supplements which are meant to stimulate and encourage greater blood flow to the penis. Many of these treatments also have their origins in ancient practices, many originating in China. Methods to increase the girth of the penis also remain extremely popular and have provided the basis for modern day devices such as vacuum pumps.

Penis Enlargement Devices – A New Twist on the Old Ways

As with the development of any line of products, early inventors took their cues from manual and natural methods in order to develop devices that could do the job quicker, easier and more effectively. Beginning at the end of the 1800s, researchers and entrepreneurs began to develop a variety of devices that could accomplish growth in term of length or girth. These devices requires less work on the part of users and became instantly popular. Since then, various devices have been developed and though they still use the same basic scientific principles, newer models are able to achieve greater results in less time and with minimal effort. As a result, the penis enlargement industry has become a multimillion dollar a year enterprise and, as customers want more, the companies which serve them strive to deliver just that.

So the questions remains – are men better off simply using age-old techniques or is an investment in a top of the line penis enlargement worth the money? The answer depends on what men actually want. These devices can deliver visible and tangible results in terms of length or girth, but men first need to know exactly what they want as no device delivers both. Men who want to try natural methods often choose to take up Jelqing s it is still practiced today and there are plenty of instructional videos, books and websites about it. However, the exercises involved with Jelqing take a lot of time and many men eventually find that the convenience of modern day penis enlargement are a better choice.

Although natural techniques have been the basis for modern penile devices, many of these practices have fallen by the wayside. For men who want to experiment with these more traditional options, it is important to remember they will require extra time in terms of daily exercises as well as taking longer to see results. If you’re looking for results to happen more quickly, modern devices are the best way to go. These devices can be found through a number of reputable companies and can give you the results you want in the time you have. Ultimately, the choice is yours.