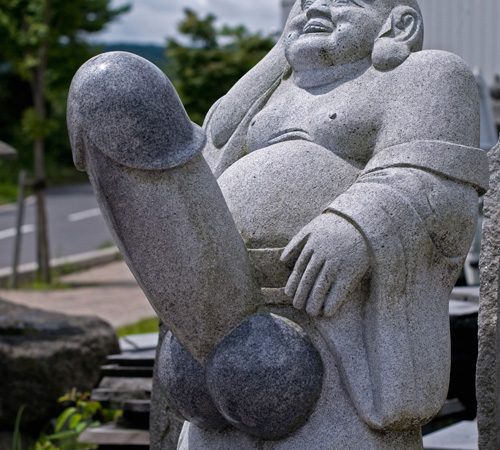 Guys considering penis enlargement don’t often stop to think about what might be prompting this curiosity. A man can go through his whole life not at all worried about penis size and then – seemingly out of nowhere – he suddenly feels like it’s an issue he needs to address.

While these feelings can seem like they’ve come out of nowhere, the truth is that there are some pretty common – and powerful – forms of influence men are exposed to on a regular basis. Here we take a look at three of the most common forms of influence and how they can alter how man sees himself.

Over the past few years there’s been a lot of attention given to how people are represented in movies and on television and how that can affect how people feel about themselves. Generally, the focus is on women and young girls and how models, actresses and other celebrities influence a woman’s own self-esteem. While this is a serious issue, it overlooks how men are affected by this phenomena.

The Mental Connection Between Penis Size and “Manliness”

If you want to make a man feel like less than a man, attack his penis size. It doesn’t matter what he looks like, the achievements he’s enjoyed or the challenges he’s risen to meet – the second you mention he may not be well endowed you’ll make his self-esteem crumble in no time flat.

That’s because there’s a strong cultural connection between penis size and how manly a guy really is. Some experts think it’s a side effect of the belief that testosterone contributes to penis size in the same way it contributes to other manly traits. The truth, however, is that hormones play only a small role in how manly a guy is and they play almost no role in penis size. Still, our society instils the idea in young men by way of short dick jokes or jabs about sexual performance. This reinforces the idea that if you have a small penis, you’re a small man. Over time, that plants seeds of doubt which can make a man think the only way to improve his manliness is to undergo penis enlargement.

Finally there’s actual sexual experiences. Men can be – and often are – body shamed just like women. When a guy gets naked he feels vulnerable and wonders how his partner will react, just like anyone else. Sometimes women will react to seeing their partner and she’ll give him the impression like his penis is smaller than she thought. Other times it’s the actual sex that makes him think he doesn’t measure up as women may mention they’re used to something “different” which, of course, gets translated to “bigger” in a guy’s mind.

These common influences can greatly affect how a man feels about himself. While penis enlargement is safe and effective, that doesn’t mean it can solve every man’s problem. Penis enlargement can improve size for many men which does, in many cases, improve their self-esteem in terms of how they see their body. But these influences will continue to bombard a guy. More to the point, if he’s been trying to measure up to porn stars all his life, he may never feel as though he truly measures up. That’s why it’s so important for men going through the enlargement process to focus on what’s right for them, and do what they can to put these cultural pressures to rest once and for all.