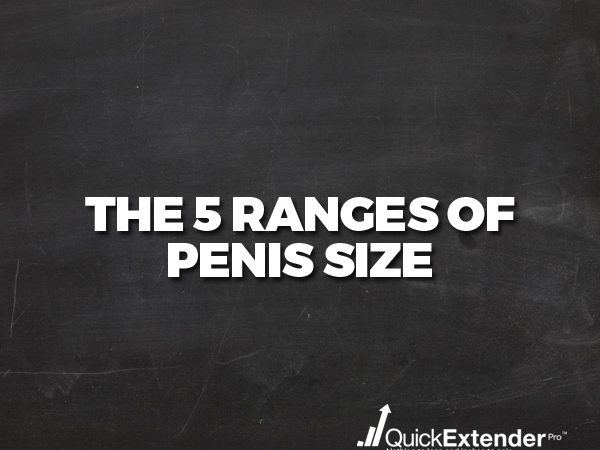 It’s a simple law of nature – men always want to know how they measure up to one another. Sometimes it’s about how their favourite team is doing, or what kind of car they drive but it’s all just a big song and dance for the real question – what are you packing? Even though guys know it’s not always size that matters between the sheets, it’s a cultural norm that’s been drilled into us for so long there’s simply no escaping it. Every guy wants to have the biggest endowment in the room. One organization has brought together information from a variety of sources to develop a 1 to 5 scale for size and they’ve even pinpointed where most guys fall.

Size 1 – Definitely Nothing to Brag About 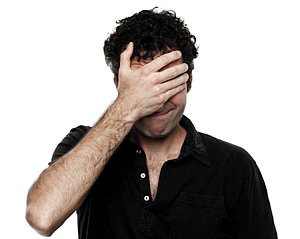 Of course, size 1 on this scale is the smallest with measurements up to 4 inches when fully erect. This includes guys who are simply small and also men who could be classified as having a micropenis. Micropenis is a serious condition not necessarily for physical reasons, but because of the psychological and emotional issues associated with having a penis that meets the criteria of less than 2 ¾ inches when erect. Although rare, the condition is somewhat treatable with hormone therapy and surgical options. It’s believed that around 5% of men fall into the Size 1 category. 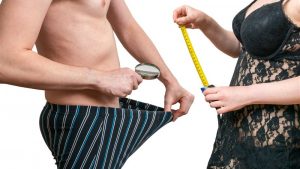 Size 2 guys measure in at between 4 and 5 inches in length when erect. Experts believe around 20% of the population falls into this category making it fairly common. This is also a category where men can be helped with penis enlargement devices such as extenders and pumps. Since Size 2 guys have a little more to work with, they can make use of traction devices which help to boost length when used over time. Men in this size bracket are also likely to have concerns over their penis size, but not as much anxiety as those in the Size 1 bracket. 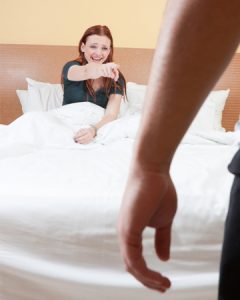 Most men – roughly 50% – will fall into size 3. Men in this bracket have a penis that measures 5 to just over 6 inches in length when erect. This is the average penis size in most countries, particularly the United States. For a long time, many men in America thought 7 inches was the national norm thanks to early – and flawed – reporting on human sexuality. As a result, even guys in this totally average size bracket are likely to consider penis enlargement and many engage it in successfully. While technically, no guy in this size needs penis enlargement, their efforts to help many to step into the next size up. 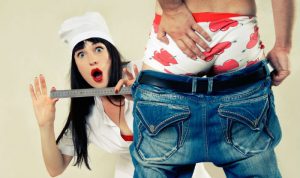 For guys who measure in at 6 ¼ up to 7.5 inches in length, penis size should no longer be a concern. Some of these men may still have feelings of inadequacy and consider penis enlargement but not many go through with it. Although enlargement methods can still work at this – or any – size, most guys want their penis to be a size that fits the rest of their body so it’s important to not go too big. 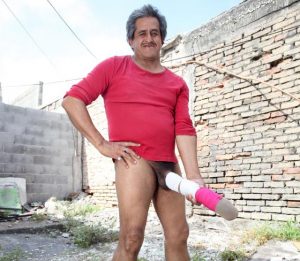 Anything over 7.5 inches is considered pretty big. Currently, the biggest penis in the world clocks in at 13.5 inches so that provides the top end for this bracket. While this represents only a small amount of the population – roughly 5% – most men are closer to the 7.5 or 8 inch end of the spectrum. For men with a penis this size, it can be either a blessing or a curse. In some cases, a larger penis means more trouble achieving or maintaining an erection and in other cases, the size itself can actually make men just as self-conscious as those at the other end of the spectrum – back in Size 1.

If you consider yourself to be in the lower range spectrum, there’s good news! There is something you can do about the size of your penis. Using a traction device like the Quick Extender Pro has been proven to increase your penis size and help get you into the above average or even larger range of penis sizes. A penis extender is based on using controlled traction too safely and permanently enlarge your penis to the size you want. You can find out more about the Quick Extender Pro penis extender by visiting the website here.