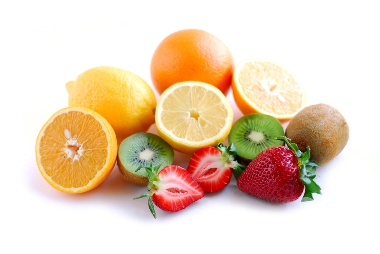 Diet is all the rage lately when it comes to addressing nearly any health problem, including sexual well-being. Recently, however, a number of blogs and articles have focused on what the right diet and exercise routine can do in terms of penis enlargement. Many writers have stepped forward to discuss how diet and exercise have helped them improve stamina, boost libido and, yes, even improve the size of their penis. So is this a legitimate way to improve your sex life or just another fad?

How You Fuel Your Body and Your Sex Life

It’s no secret that the food you eat has a direct impact on your overall health. By now, everyone knows that if you eat foods high in fat, sugar and salt you’re more likely to develop serious conditions such as obesity, diabetes and heart problems. But many people don’t realize that this also has an impact on a person’s sexual well-being.

Men are especially prone to how their diet affects their sexual performance since a poor diet translates into poor erectile function, lowered libido and diminished stamina. Men who have a diet laden with processed foods, fast-food lunches and sugary drinks are less likely to feel like having sex and, even when they do, they can’t last as long or achieve the same quality of erection as a man who stick to a healthier diet and plenty of exercise.

So How Does All This Relate to Penis Size?

While the connection between diet and physical functioning is pretty easy to see, there are plenty of guys who don’t see how that could relate at all to penis size. The truth is that it doesn’t affect the penis itself but simply how it is positioned on your body. As a man eats more and moves less, his body takes on the extra weight and distributes it throughout his body. Two areas that often take on a significant amount of weight is the abdomen and groin and this is how it can impact penis size.

When a man is carrying too much weight, it increases the fatty deposits which further obscure how long his penis actually is. It also inhibits the health of his cardiovascular system, making his erections weaker and more difficult to achieve and maintain. Finally it can make it harder for men to achieve orgasm, as a diminished cardiovascular system affects his overall sensation.

The remedy for this is fairly simple, though sometimes difficult to achieve. By losing weight and improving both diet and exercise, men can achieve a truly natural form of penis enlargement. As men shed their excess weight, more of their penis is revealed, giving them their true length and girth without the need for any sort of artificial or supplementary penis enlargement. Achieving a goal of weight loss before engaging in other forms of penis enlargement can also help men determine the best method to use based on their actual need instead of a misguided perception due to fatty padding.

Male sexual health and penis size are both affected by their diet and their level of physical activity. Processed foods and meals with a lot of fat, sugar and salt can reduce the length of a man’s penis as well as the health and overall quality of his erections and orgasms. Dealing with this serious health issue can not only give men a more accurate view of their penis size, it can also boost libido and stamina making nutrition one of the most effective male enhancement options available.