Take a look on the Internet for the best way to increase penis size and you’ll see lots of different opinions. One camp says Jelqing is best, another claims using a penis enlargement device is best, and still others promote the use of creams, ointments, and herbal supplements. Yet as is the case with most things in our world, a combination of multiple methods will typically give you the best results. In my experience, a combination of Jelqing and a penis enlargement device provided the maximum benefit.

Before I get to the explanation of my “combo pack” let me just say that creams, ointments, and herbal supplements all have their place. The creams and ointments are great as lubricants and tissue softeners which can help ease any discomfort and speed up the recovery process. Herbal supplements are also good to the extent that they can help restore proper hormone levels, encourage the body’s natural systems to work better, and simply make one feel better all the way around. Don’t discount the use of these other products as part of a complete regimen. That said; let’s talk about the combination method.

The Basics of Penis Enlargement

In order to understand the combination of Jelqing exercises and a stretching device it’s important to know what each one does separately to increase penis size. We’ll begin by discussing Jelqing exercises.

Jelqing is an ancient practice believed to have been invented by the Egyptians thousands of years ago. It involves two principles: engorgement and stretching. In terms of the former, the idea of engorging the penis with blood is to help you to stay erect for longer periods of time and thus make it easier to increase size. As for the latter, stretching out the penile tissue is important in that promotes natural tissue growth which will add to both length and girth.

A penis enlargement device such as the Quick Extender Pro, employs the time-tested process of applying tension to the penis over extended amounts of time. This tension stretches the underlying tissue and thereby causes it to grow larger. Much the same way exercising muscles increases their strength and mass, applying constant tension to the penis will help it grow as well. If you’re thinking about using a penis pump by the way, you may not get results as good as if you used a traction or tension device. 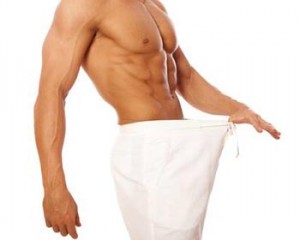 There are a couple different methods for combining the two depending on whose advice to follow. The first method involves doing your Jelqing exercises just prior to attaching the enlargement device. The thinking behind this method is that by engorging the penis with blood and “priming” it for further stretching you get the maximum benefit from the extender device. This sounds reasonable, and for some it works. The only thing you have to be careful of is something known as “head swell.” Head swell occurs when the penis is too hard, thus causing some pain when a traction device is attached.

The other method of combining the two is to use the penis enlargement device according to its instructions but taking off a day or two throughout the week. During those off days you would jelq for one or two sessions per day. The idea here is to use jelqing to encourage blood flow on your recovery days, thus speeding up recovery and adding length and girth more quickly. The downside to this method is that it may decrease the frequency with which you’re able to have sex. Some who have used this method have found that the penis remains engorged for hours after Jelqing is complete. Having sexual intercourse on top of that could be a problem.

Speak to Your Doctor

It goes without saying that before you attempt any penis enlargement regimen you should speak to your doctor. Discuss within your desire to combine multiple methods and get his reaction. In most cases you probably won’t be discouraged from doing so; rather, you’ll just be cautioned to go easy and use some common sense.

Obviously, if you experience any undue pain or discomfort with either the penis enlargement device for your jelqing exercises this is a warning sign that you are being too aggressive. Take off enough time to allow your body to completely seal before resuming slowly. If, after multiple tries combining both methods, you can’t seem to do it without causing yourself pain, then stop trying. You’re better off using just one method and taking a longer amount of time to reach your goals.

Regardless of how long it takes, jelqing in penis enlargement devices have both proven to be effective over time. For some men it takes only about three months to achieve an inch or two of growth; some men may find it takes closer to a year. But for almost every man some growth will be achieved by using one of two methods.

Just wanted to say great post about jelqing and using the penis enlargement device together! I’ve been using your Quick Extender Pro for a few months now, and i’m very pleased with the results so far.