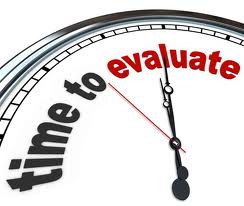 Men have always felt a lot of pressure to increase their size. Even dating back as early as Ancient Egypt, methods for penis enlargement have been passed down from generation to generation. This obsession with size has shown no signs of waning either – today men are more obsessed than ever about achieving a greater size. But before you begin investigating enlargement options, it’s important to determine if size is what you really need.

The Common Misconceptions About Size

Ask a group of people what they think the average penis size is and, chances are, you’ll get a pretty wide range of answers. The average person simply hasn’t seen enough penises in person (you hope!) to know what an accurate average is and so many public misconceptions about size are born out of adult entertainment as well as Hollywood stereotypes. In both of these arenas, men and women tend to be on the more extreme end of the scale and they don’t provide an accurate representation of true averages.

According to several studies recently conducted, the average male penis measures in at about 5.7 to 6.1 inches in length when erect. This news comes as a shock to many men who may feel as though they’ve always been a little ‘short changed’ in that department. But size is about more than just measuring up, it’s about feeling confident in the bedroom. And even for a guy who falls within the average range, confidence can be the real motivation for getting an enlargement device. On the other hand, if you’re beginning to think that maybe size isn’t the issue, there are plenty of other steps – and products – available for you to improve your performance.

When Size Isn’t the Issue

Size only does so much. In several studies women have reported that the size of their partner’s penis can be impressive when it’s bigger – but only up to a point. In one study women reported that once a flaccid penis measured more than 3 inches (another average), it was no longer impressive. So if size isn’t always the driving factor, what is?

Stamina. By and far, women have named stamina as being Number One on the wish list for a sexual partner. Since the female orgasm can take so much longer to achieve, women want a man who can last longer and let them climax first. Other traits that top their wish list include:

If you still think size is what you need in order to be able to perform better or simply boost your sexual self confidence, there are a number of penis enlargement options. Traction devices, pumps and even sprays, creams and pills all offer ways to increase the length or girth of your penis either temporarily or for the long term. In recent years, the male enhancement industry has grown by leaps and bounds and, as a result, there are more penis enlargement option than ever before. The increased interest in the industry and a more sexually open society has also spurred on researchers and customers to begin conducting and publishing research on the effects of many of these devices. A handful of studies have examined the effectiveness of traction penis enlargement and now science can back up with customers have been saying for years – traction works. Vacuum pumps have received similar successful findings, though typically through amateur research conducted in home with results posted on male enhancement websites. This has made shopping around for a reliable device easier than ever for today’s modern man.

Size may not be the only thing women care about, but it’s definitely an important factor. When you’re considering penis enlargement options, first be sure you’re not being too critical of yourself. If you still feel as though size is something that can give you the extra boost you need, be sure you choose a device that has a proven and successful track record so that you can finally get the size – and confidence – you need to take your sex life to the next level.