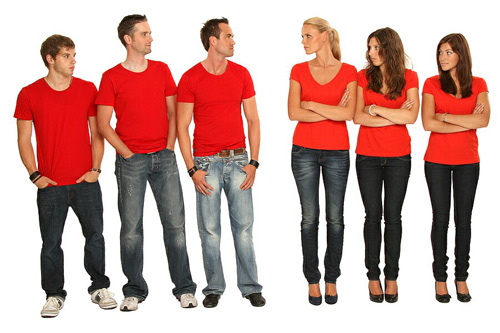 Who care how big a man’s penis really is? Some believe it’s got to be his sex partner but the truth is that, by and large, men care a whole lot more about penis size than women do. So why is there this push for guys to undergo penis enlargement? Is it all about impressing your partner or is there a deeper issue at work here?Evolution plays a role in just about every aspect of human sexuality, including how much people notice or care about penis size. Like other members of the animal kingdom, humans use a complex set of signals and physical cues to size up a potential mate on a subconscious level. It’s the reason we each have our own ‘type’ when it comes to sex and love – and why sometimes those types are so different.

But penis size presents a whole different issue as it is evaluated not only by women checking out the features of potential mate, but it also plays a part in a man’s own sense of self-esteem. As a result, it’s mostly men who care about size.

Why Are Men So Concerned About Size Anyway?

When people learn that men have more of an interest in size than women, they think it must have something to do with clichés about men being especially competitive. To be honest, a natural sense of competition may play a role in how acutely men notice their size in relation to others. But it also has a lot to do with the same type of pressure women feel about their bodies – pressure from the media and entertainment industry and, for men, also from the medical community.

Back in the late 1940s, a group of researchers headed up by Dr. Kinsey published a book about the sexual habits of men and women. Their books would become the benchmark for sexual research and, for men, set the stage for issues of size for generations to come.

In the first version of their book, the team asked men about penis size and used those reports to disclose average measurements for men across the country. Using the self-reported numbers, the team determined the average penis size for the American Male to be around 7 inches when erect. The only problem? It wasn’t true. The team had simply asked men how big their penis was, but had not done any measurements themselves. Later versions – and dozens of studies – would eventually peg the average length closer to 4.5 -5.5 inches when erect but even though these new measurements were widely reported, the original bar of 7 inches remains stuck in the American psyche.

As television, magazines and various forms of entertainment began to shape how we feel about our bodies men have always been reminded that ‘size matters’. From leading men in mainstream movies, to jokes and songs about guys with a small penis and recurring roles of well hung men in adult entertainment, men get just as much pressure to measure up as women do about maintaining a certain figure.

While the pressure for men to have a larger penis is an issue, penis enlargement isn’t entirely fuelled by guys who are just looking to get bigger for the sake of getting bigger. For a lot of men, it’s also about achieving a size that makes them feel confident around women as well as confident in the bedroom.

Many men who undergo penis enlargement are actually well within the normal measurements but they feel their penis simply isn’t in proportion to the rest of their body and, as a result, it appears smaller than it is. For these guys, penis enlargement is as much about symmetry as it is some quest for the perfect size. Ultimately, men do care about size but not because they necessarily want to be as big as possible but simply because they want what anyone else who goes through body modification wants – to have the look and shape they know is the best version of themselves in order to be confident and happy with what they see in the mirror.