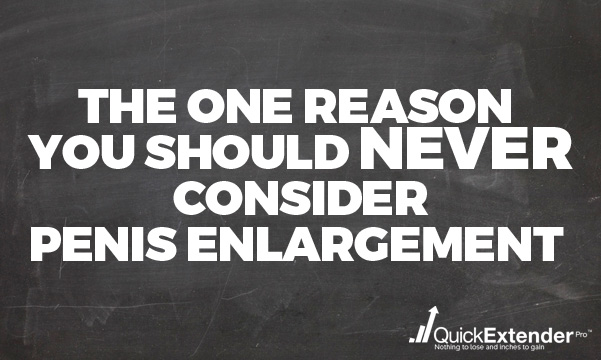 We speak so much more openly about sex these days that men and women have a better understanding of how they can improve their sex lives. Many men find themselves looking at penis enlargement options now that there have been so many advancements in home enlargement devices. At the same time, men have a better understanding about how penis size affects their own sense of self-esteem in and out of the bedroom and the role that plays in their sexual performance.

The end result is that most guys have plenty of reasons to go ahead with penis enlargement. But that doesn’t mean every man should Especially not guys who may be considering penis enlargement for the worst reason of all.

There have been many stories about body image in the past few years. While the majority of this coverage has focused on the pressure women 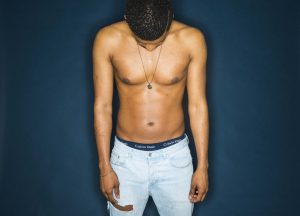 and young girls feel to measure up to Hollywood and Victoria Secret standards of beauty, men aren’t immune to this problem.

The fact is men also experience body image pressure in the form of action heroes, male models and plenty of jokes aimed at penis size and sexual performance. There have even been songs that focus entirely on making fun of guys with a smaller than average penis. Salt n’ Pepa’s hit “Don’t Want No Short Dick Man” was a huge hit and featured lyrics like “What in the world is that thing?”, “Do you need some tweezers to put that little thing away”, “Isn’t that cute an extra belly button” and “You need to put your pants back on honey”.

So it’s no wonder that some men have been feeling the pressure for years. Now that there are more options when it comes to ways to enlarge their penis, they are more likely to explore the possibilities with every intention of following through.

But for all the great reasons there are for penis enlargement, there is one reason why men should never do it – in order to live up to unrealistic expectations. This also applies to men who may be feeling the pressure to undergo enlargement in order to please someone else. This approach is likely to fail and leave men feeling worse off than when they began.

Penis enlargement isn’t easy and it often isn’t cheap. It requires a huge investment in terms of time and energy and it can be pretty pricey financially as well. That’s why the reasons a man has for actually undergoing the process should be focused on his own goals and hopes, not about someone else. 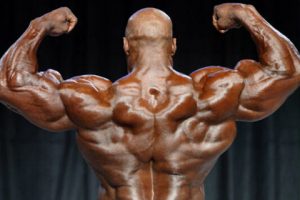 Whenever anyone tries to change themselves in order to please another person, they are pretty much setting themselves up for failure and setting their relationship up for ruin. The most common example of this is weight loss and physical fitness. We’ve all know that couple where one person is constantly running themselves ragged in an attempt to please their partner. And where do those people often end up? Resentful. Angry and no further to actually achieving their goals.

So if you want to go through penis enlargement, then be sure it’s for all the right reasons. Improving your self-esteem, pushing yourself to improve sexual performance and simply achieving the goals you set for yourself are all fine reasons. But pinning your success – or your happiness – to the wishes and approval of another critical person simply won’t work and is likely to leave you depressed, frustrated and the only change you’ll see is a depleted bank account and an increase in stress.