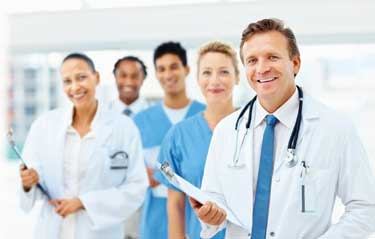 When it comes to penis enlargement, men have more choice today than ever before. There have been headlines all over mainstream media about the latest developments in penile plastic surgery, or phalloplasty, options. Does this mean phalloplasty will become more common than penis enlargers?

Traditionally, men have used a variety of different penis enlargers in order to alter the size and shape of their penis. Some penis enlargers, such as vacuum pumps, offer dramatic but temporary improvements while others, such as traction devices, give men long term results, but only after plenty of work.

Vacuum pumps have been used widely since they were first introduced on the market in the early 1900s. Vacuum pumps work to increase girth by drawing excess blood into the penis. The gains produced by vacuum pump are quite simply dramatic. In some cases the girth of a penis can be doubled and the erection a man is able to have after using a vacuum pump is stronger and harder. But these dramatic improvements are short lived. The pump also needs to be used immediately before, so it’s something a man has to do in the moment. The pump also does not affect length. Drawing more blood into the penis increases its overall girth, but it doesn’t do anything to increase its size lengthwise.

Traction devices have been used in one way or another for hundreds of years. In ancient time, men in Egypt would tie small stones to their penis in order to increase its length slowly, over time. Modern day traction devices work in essentially the same manner. By stretching the penis very slowly and with the precision control of traction, men can elongate their penis. The process takes a long time and most men don’t begin to see real results for the first 6 to 8 weeks. While the process is painstakingly slow, traction devices have been shown to work under clinical testing. This has led to a new surge in popularity for the devices as well as new models and more options than ever before.

The Rise of Phalloplasty

Penile surgery has only recently become more mainstream. While it’s been an area of research for a long time, the challenges associated with procedures have made it slow to advance. There have been some procedures around for several years, however, which have laid the groundwork for the advancements of today.

Early attempts at penis enlargement surgery have focused around injecting fat into the penis or using implants to increase width. This first generation of phalloplasty didn’t catch on with the mainstream public for a number of reasons. First, the results weren’t that dramatic. While the surgery could increase length or girth, the gains often weren’t seen as being worth the pain involved with the surgery or the cost.

These early options may not have been popular, but the techniques developed have been the foundation for a whole new generation of phalloplasty. Today, a technique perfected by a Beverly Hills doctor has made headlines for the dramatic results the surgery can deliver.

Dr. James Elist has created a technique that dramatically improves the length of a man’s penis, with some men seeing an increase of more than one full inch. So is this the advancement that will make surgery mainstream? Probably not.

While Dr. Elist’s technique is effective, it’s not widely used. In fact, Dr. Elist is the only doctor in the world who can perform the surgery, resulting in a lengthy waiting list. The surgery cost varies depending on the patient but they run around a minimum of $13,000. Recovery time tacks an addition 8 to 10 weeks onto the process and, of course, there’s the intense pain.

When compared to penis enlargers, penile surgery can still seem like a bit too much for most men. While advancements are making phalloplasty easier and more effective, it seems unlikely that phalloplasty will become as common as other types of cosmetic surgery any time soon.