Plenty of men are starting to think about investing in a penis extender as a way to improve their sex life. But so many of those guys simply don’t know where to begin. In many cases,

they don’t even know how these penis extenders work or how they are meant to function, which makes shopping around for one especially tricky. That is why we wanted to break down all the essential information you need to know before you make your purchase.

A Longer Penis – The Science Behind the Device

The penis extenders you find today have a strong foundation in science and research. Many are the result of several years’ worth of research and development as well as a host of clinical and casual studies. But the underlying science behind these devices is actually based on practices men have been using for generations. 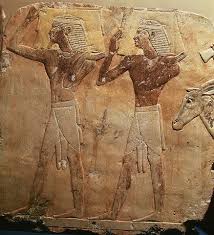 Dating as far back as recorded history, men have found ways to change the length and shape of their penis. In ancient Egypt, for example, men would tie small weights to the end of their penis and, over time, these weights pulled the penis into a longer shape. Meanwhile, men in the ancient Middle East used a series of stretches, called Jelqing, to elongate their members.

Today, elongating the penis through the use of stretches or specially created weights are still used by some men but they aren’t nearly as popular as they once were. This is partly because injuring yourself using these methods is exceedingly common. Plus there’s the option of penis extenders which use the same basic principles but are much safer to use.
Penis extender devices achieve results by stretching the penis – that’s the simple answer. The more complex answer is in how they stretch the penis without causing harm. By using traction the devices are able to exert a small amount of pressure over a long period of time. This cuts down on the risk of injury and allows for a more even lengthening that doesn’t make a penis thinner or reduce its overall girth.

There have now been a number of studies conducted into the efficacy of penis extenders. While research still needs to be done, there has been enough study to show these devices can achieve the goals men have when used properly.

Perhaps the most often cited study is also one of the first. The study was conducted in 1998 by Danish physician Dr. Jørn Ege Siana. The study was conducted by using a 24 week trial that followed 18 men between the ages of 20 and 40 while they used a traction style penile enlargement device. The results of the study, which were later published in the Journal of Sexual Medicine, made the following observations:
•    The group experienced an average increase of 13 percent after the first 8 weeks of the trial.
•    In terms of metric, men saw an average increase of 1.1 inches (when erect) when they wore the device over the course of 16 weeks.
•    By the end of the full 24-week trial, the average gain for erect length was nearly 30%.
•    On average, men gained 0.75 inches by the end of the trial with some men achieving more than others. 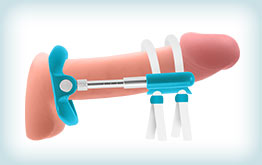 These findings initially sent shockwaves through the medical and male enhancement communities. Since the sample size in this study was so small, researchers wanted to know what would happen if they conducted the test on larger numbers and more diverse men. While studies after this have had different numbers in terms of metrics and measurements, they have found penis extenders to be overall effective. But in each study, it is worth noting that success and results were directly tied to how long the device was worn each day.

Penis extenders offer a safe and effective way for men to increase the size of their penis. Understanding the science behind these devices will make it easier for men to spot models with a good design as well as being able to spot ones not built to last. An informed shopper is one more likely to find true value for his money.