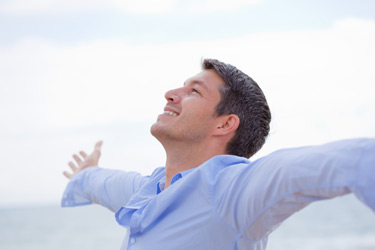 More and more men are researching penis enlargers in order to improve how they look naked. While most guys only think about size in relation to their sex life, the fact is a man’s penis size can affect almost every other aspect of his life. In this regard, penis enlargers can do more than increase size – used wisely they could actually improve a man’s life.

Thanks to a number of influences including movies, television and pop culture, there is an undeniable connection between penis size and perceived masculinity. Just as women feel pressure to meet high beauty standards in order to be seen as ‘beautiful women’ men too are under pressure to measure up. For the most part that means working out to achieve greater muscle tone and overall fitness but there’s also real pressure to measure up down below too.

Lots of people think the average penis size is much bigger than it actually is. This long held belief can be traced back to the original sex report by the infamous Alfred Kinsey and his team. When they were preparing their original book Sexual Behaviour in the Human Male, researchers asked men to report the size of their penis through the use of questionnaires. Since men were taking measurements and reporting for themselves there was a good bit of misinformation. Many men exaggerated their measurements and, as a result, the original book said the average penis length was about 6 inches. Subsequent version of the study used measurements that researchers took for themselves and, surprise surprise, the real average was much lower – closer to 5 inches. Still the original measurement stuck in the public consciousness and today men still think that’s what they need to achieve in order to be “normal”.

Concerns about size also stem from the fact that there are so many jokes connected to penis size. If you want to cast doubt on how manly a guy is, simply imply he’s not packing much down below. When women want to lash out against their partners, they usually attack their sexual performance and penis size since they know it’s such a touchy subject.

As a result of all of this, it’s no wonder that concerns about size can do more than just make a guy feel self-conscious when he’s naked. A guy who thinks he is too small is like to suffer from low self-esteem in and out of the bedroom. This can result in not being outgoing in social situations and even holding men back from pursuing professional goals. Serious concerns about size can even lead to heightened levels of stress and anxiety which can, in turn, directly affect a man’s sexual performance. Stress and anxiety are both considered the leading factors for common conditions like premature ejaculation and erectile health.

With all the advancement made in penis enlargers men today have more options than ever before when it comes to resolving the problem. Traction style penis enlargers have even been proven to work in clinical settings, making them a game changer for guys who have always wanted to increase their size but who don’t have the money or time to undergo expensive phalloplasty.

While no guy should use a penis enlarger due to outside pressure, men who genuinely feel their self-esteem could be improved with a boost in penis size have several great options. High-quality and user friendly enlargement devices can be picked up through multiple online retailers and even some nicer sex shops. Best of all, men can use sexual health forums and websites to learn about what their options are and to get reassurance that, at the end of the day, they’re probably perfectly normal in spite of what society may make them think.