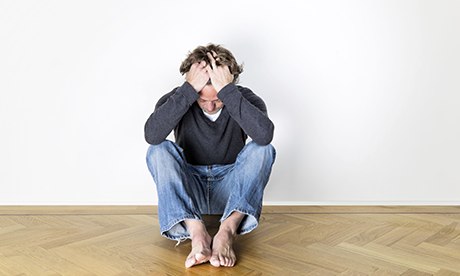 Concerns about penis size are nothing new and, chances are, they won’t be going anywhere soon. Why are men so wrapped up in concerns about size? The truth is that there are a number of issues at play when it comes to penis size and all the polls and surveys in the world won’t make much difference.

Recently, a number of scientific and mainstream surveys have been conducted which have asked women how they feel about penis size. Overall, women simply aren’t that bothered about size unless the penis in question is extremely small or extremely large. Anything falling within broad normal ranges aren’t seriously considered one way or the other. In fact, most women say that they are more concerned about how a man acts and his overall sexual performance, regardless of his size.

Still, men aren’t convinced and products and services that promise penis enlargement have only grown over the past few years. In fact, these days male enhancement is a big business – so what’s driving men to explore penis enlargement options?

Many experts agree that the root cause remains self-esteem issues tied up with concerns about size. These concerns often begin during adolescence when people – both men and women – are more likely to compare their bodies against others and to determine exactly how they measure up. For most people, these comparisons end as they age but for some, they find it impossible to stop comparing themselves to others.

Of course, mainstream media doesn’t make this any easier. While most people associate media pressure to conform to a specific body type with women and young girls, men feel the pressure too. From articles that push them to get six-pack abs to television shows and movies that glamorize perfectly sculpted men with amazing physiques and an implied heroic-like stamina.

Adult entertainment goes a step farther, consistently employing men who measure up well beyond national averages when it comes to penis size. Researchers have found that, on average, most men have a penis that measures between 4.5 – 5.5 inches when erect. Adult movies and entertainment, however, use men who often measure in at 7 or 8 inches at a minimum. Considering pornography and erotica are the ways in which many people view full on sex, it’s no wonder that men start to think they don’t truly measure up.

All of this snowballs into a problem for men and their overall sense of self-worth. It becomes not only the driving force behind the male enhancement and penis enlargement industry, but also a growing concern for the mental health of men.

The fact of the matter is that there’s nothing wrong with a guy who explores penis enlargement options in order to feel better about himself, but there’s always a danger of it going too far. In many areas of the world, news reports of botched enlargement surgeries and procedures are becoming the norm which has shed light on the problem.

No man should ever feel that he has to undergo any sort of body modification in order to feel “normal” or measure up against some impossible and unrealistic ideal. That’s why responsible and ethical enhancement companies are stepping up to not only produce safe and effective products, but also to educate men about the truth when it comes to penis size, libido and overall male virility.

The aim of these missions isn’t to pad the bottom line or even improve sales, it’s to ensure the health of men remains a top priority. The companies behind these efforts often find an honest approach not only gives their customers – and the public – greater peace of mind but, in the end, it also makes for good business as men are more likely to trust them. At the end of the day, it’s a win-win for everyone.