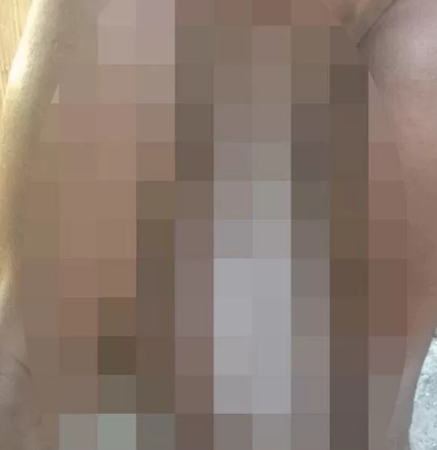 Men and professionals in the world of penis enlargement are difficult to amuse. They’ve seen a lot and so they aren’t as likely to laugh at some news stories, but one that broke recently even has the most seasoned male enhancement professions smirking … and being reminded that there are worse things than needing help with penis enlargement.

Lots of guys look into penis enlargement since, let’s face it, usually bigger is better! But one story that broke in the summer of 2016 has some people rethinking that logic. A 20 year old man named Sorence Owiti Opiyo suffers from an extremely rare condition that has made it impossible for him to have sex, find a wife or even live a normal life, because his penis is simply too big.

Photos printed in a number of websites show the engorged member to varying degrees but the bets illustration as to how big it is has been the use of measurement used by almost every story written about this young man. Headline after headline declares his penis is “the size of a newborn baby”. For those of you unfamiliar with baby measurements, that translates to roughly 20 inches and 8 to 10 pounds.

The plight of Sorence Owiti Opiyo was brought to the mainstream media when his story broke in August of 2016. By then, the young man had already endured years of abuse and bullying that eventually led him to leave school and completely give up on his hopes of finding a wife.

But what prompted him to publicise his story is perhaps the most endearing of all. No doubt he knows there are guys out there who look to penis enlargement to solve their problems and he’s here to say, a big penis isn’t always what you think. Though his case is obviously an extreme example, he knows that men who seek the “bigger is better” ideal are setting themselves up for failure – and frustration.

Sorence Owiti Opiyo developed a boil on his penis nearly a decade ago and that changed his life forever. That boil marks the beginning of the end as far as he is concerned since it kicked off a growth spurt of his penis that never truly ended. The name if his rare disease has not been released but the results are difficult to hide. As his penis grew – and kept growing – he realised he needed help. He had to drop out of school once his fellow schoolmates began to make fun of him and, since then, he’s become something of a recluse.

Today, however, his family knows that by appealing to the public and sharing his story, there may be hope. By sharing the details of his trials and tribulations the family knows they can show that not only is bigger not always better, but that problems with pens size aren’t confined to one area, or one ideal. The truth is there are problems at both ends of the spectrum, and the grass is always greener.

Sorence Owiti Opiyo’s journey is not over. Today, he and his family have welcomed the good wishes and positive hopes of people all over the world and he is now saving up for surgery to help reduce the size of his penis. He’s also continuing to share his story through a variety of media outlets from all over the world. Hopefully, not only can he offer some comfort to those struggling with issues of size, but also hope for men who feel alone and isolated.  Simply put – size isn’t everything no matter what end of the spectrum you fall on.