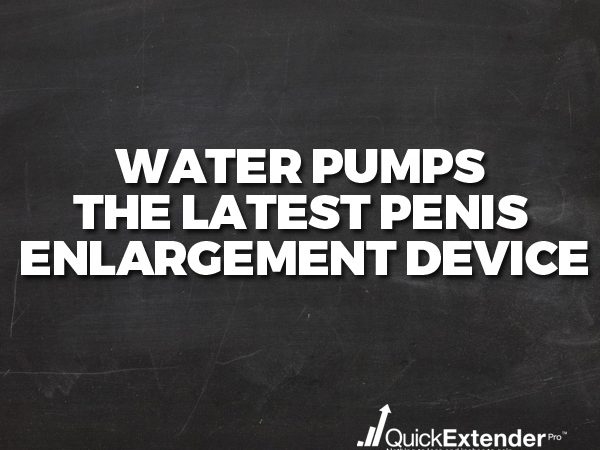 If you are curious about penis enlargement devices then chances are you already know about this tool. Water pumps are the latest evolutional step in the world of vacuum style pumps, and they promise to offer tremendous results. The main difference between the traditional penis enlargement tools and this new addition is the fact that water pumps can supposedly offer lasting results, whereas the former is more of a temporary solution. 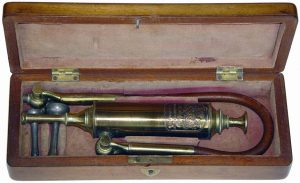 In order to get a clear picture, it is important to understand how water pumps work, and how they were developed in the first place. The science part of it is pretty basic, they take advantage of the same physical phenomenon as vacuum pumps do. The first vacuum pump was developed back in the late 1910s by Austrian inventor Otto Ledever. His invention was the first product of its kind, and once he finished it, they started to sell it on a commercial scale, offering it to men who wanted penis enlargement.

Over the decades, the pump kept its basic design and mechanics. They worked relatively well, so there was no need for a design change. By using it, men were able to temporarily increase their size, as well as the strength of their erection. The vacuum simply drew more blood into the penis, and as a result, they had a stronger erection with a wider temporary girth. Traction devices shortly followed, and unlike the vacuum pumps, these were capable of increasing the length of the penis, permanently. Extenders rely on a different physical phenomenon, penile traction.

Using a slight amount of force over a long period, these devices are capable of permanently increasing the length and size of the penis. Clinical trials have proven the effectiveness of these products, and as a result, the interest in penis enlargement devices has grown significantly. This is where water pumps take over the legacy of the two previous devices, putting a new and exciting twist on the process. As we already talked about it, the water pumps use the basic concept of vacuum pumps, but in a more precise and evenly distributed manner.

The water acts as the distributing agent, spreading the vacuum force evenly on the penis. Wearing these devices are also more comfortable, which is another big plus for those who want to try it out. Traditional vacuum pumps are sometimes extremely painful, whereas the water pressure-based devices are not as uncomfortable, and still deliver better results. Because of that, these devices are popular among people who want the benefits but aren’t willing to go through the pain and inconvenience.

Even though the science behind these pumps is legitimate, the obvious short-term improvements aside, we don’t yet know how effective they are in the long run, but then again, that is true for just about any other penis enlargement solutions. Even surgeries are unpredictable in terms of both results and recovery time. Any major penile surgery will take at least 8-10 weeks to recover from, but sometimes it can be three, four or even five months until the patient feels close to 100%.

With the water pump, you should see results around the low end of that, so in about 8 weeks. If the traction device is a good fit for you, you could be looking at permanent improvement in addition to the obvious short-term benefits. Water pumps are getting excellent reviews online, thousands of men rate them higher than traditional vacuum pumps. The only downside is that they cannot be worn for as long as traction devices. They are not perfect, but they are a step in the right direction, and their efficiency is now well-documented when it comes to improved girth. On potential length improvements the jury is still out, but maybe not for long.