Recently, there has been a rise in articles online, webinars, videos and manuals regarding penis enlargement exercises that claim to add length and/or girth. These programs promise can increase the size and shape of their penis naturally, with minimal side effects, over the course of just a few weeks.

Plenty of guys have taken the plunge and purchased these programs in order to see if they can really deliver, but reviews are mixed at best. Still, the programs continue to crop up everywhere you look in the male enhancement world and the sales continue to pour in – so what’s going on?

The History of Penis Enlargement Exercises

Using specific kinds of stretching in order to achieve penis enlargement is nothing new. In fact, it is one of the oldest forms of penis enlargement still used today. The practice dates back to at least the ancient Middle east, where it was – and still is – referred to as Jelqing. The practice was originally taught from one generation to another as men grew up and entered sexual maturity. Their older friends or well-meaning relatives would teach them the series of stretches designed to stretch the penis and create more length.

Over time, verbal traditions gave way to written manuals that were passed around mostly in secret. The strict, ultra-conservative culture of the region simply didn’t allow for the topic to be discussed openly. This created a situation where Jelqing was taught and spread to others, but without much concern for warning men about potential side effects or risks of injury. 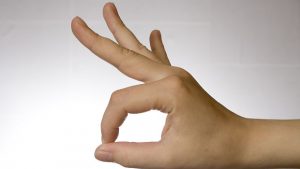 Today, Jelqing and related penis enlargement exercises techniques are shared online through a variety of different ways. There are videos that show exactly what to do, manuals to download that walk men through the process and entire online forums dedicated to achieving enlargement through stretching.

This renewed interest and the birth of a larger penis enlargement community has made Jelqing popular once again. It is no longer always referred to as Jelqing and sometimes is just called a natural form of enlargement. This adherence to traditional enlargement methods is seen as positive by many since it embraces a natural approach to enlargement but others point out that many advocates still don’t warn men about the potential for serious injury.

Body modification carries the potential for injury no matter what part of the body you are focused on. When it comes to enlargement the stretches can bruise tissues, cause tears and even create injury to the ligaments at the base of the penis. The pain and discomfort associated with these injuries is bad enough, but if men continue with the stretching they can get multiple injuries which increases scar tissue within the tissues and can, in extreme cases, result in Peyronie’s Disease.

Peyronie’s Disease is a condition where the buildup of scar tissue causes irregular shapes along the shaft of the penis and can create an awkward and sometimes painful change in the curvature of the penis. This condition can be treated, though it usually involves the use of traction style enlargement devices in order to essentially retrain the penis. Needless to say, it’s not something men want to deal with, and many don’t realize that these stretches can increase their risk.

Penis enlargement exercises in order to increase length is a practice that has been used for generations. There is no doubt that the practice can be effective, but not without risk. For men who want to try this form of enlargement, it is important for them to understand the risks and either take precautions to avoid them or consider safer methods that can deliver results without so much risk for injury.