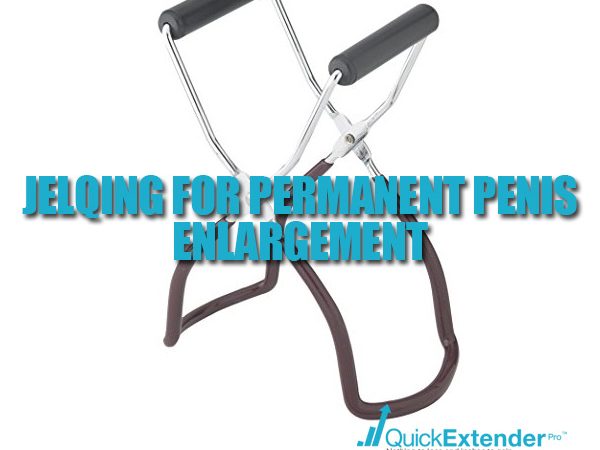 So you want to know if jelquing is sufficient for achieving permanent penis enlargement gains? Many are skeptical and for good reason. For a technique that’s advertised as being so good it’s not talked about much except in close circles and some specialty forums.

The logical reasoning would imply that it’s not a hot topic because people don’t talk about it because it doesn’t really work. But that’s not entirely true. Jelqing has tons of history behind it and the fact that it’s still practiced to this day should tell you a lot about its validity.

Furthermore, just consider the topic at hand. The male penis size. How comfortable are you discussing your size and your performance? We think not too comfortable.

Ok, so jelqing does work. But how well does it really work? – This is where things get tricky. Unlike using a penis extender, jelqing requires different stroking techniques for penis enlargement. Some are more effective than others but they also require some level of experience beforehand.

Manually stimulating the blood flow and the growth of the ligaments in the penis is a lengthy process. It also doesn’t show the same impressive results as a penis extender or a penis pump for that matter.

This is why there are lots of guys that may use a penis pump from time to time to get an extra boost before sex.

Other guys use extenders in parallel with their jelqing penis enlargement training in order to maximize gains.

Now you’re thinking that overworking the penis is bad so why use two methods. Fair enough. At this point you should know that jelqing alone doesn’t give you permanent gains unless you simply never stop jelqing.

Unlike other methods, the results you earn in both length and girth tend to disappear if you take a long break from jelqing.

Jelqing works in favor of penis enlargement in two ways. First, you get your gains as much as your body allows you to get. For some guys the gains happen fast but they’re not impressive. However, spending extra time tugging and pulling won’t give you any extra inches.

Does that mean you should stop? – Not unless you want to start from scratch a few months later. The second part of jelqing is a matter of conditioning and maintaining your penis enlargement gains for a long, long time.

Think of it as if it were bodybuilding. Look at Arnold three decades ago and look at him now. No matter how hard he’s been hitting the gym since he started acting again, his physique is still disproportionate.

And it’s not just him. Look at any former athlete that stopped conditioning their bodies after retiring from a sport. The same thing happens to the penis after stopping penis enlargement exercises.

Why Alternate or Use Two Methods

Jelqing is a tiresome activity. Sometimes you simply don’t have enough time for it. This doesn’t mean you can’t use a penis extender as a substitute or an aid for incomplete workouts.

Even if you’ve reached your maximum potential already, using the extender may still offer some benefits.

It makes sure that your penis doesn’t respond poorly to a bad diet or other exterior factors that might alter your blood flow. It keeps it from restricting itself and from shrinking back down to its natural size.

The good news is that after a while your workouts don’t have to be as long or as often.

Jelqing won’t give you permanent penis enlargement gains if you stop after you reached your goal. Other than that, there’s very little to worry about in terms of the techniques actual efficiency.